Do you know the history of the women’s shirt? 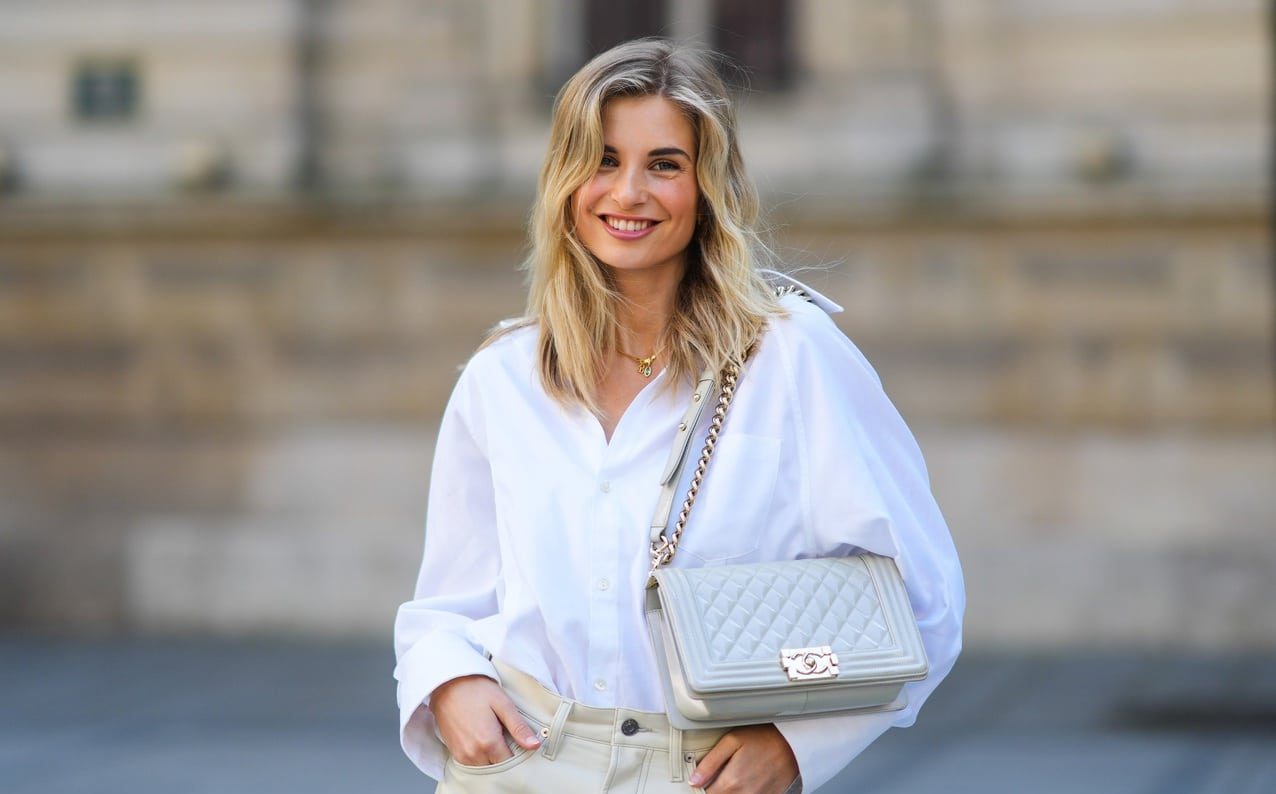 For everyday, for work, for formal and informal meetings, for a party, for shopping – a shirt is one of the most versatile items of clothing. However, it was not always so.

The history goes back thousands of years

The origins of the shirt date back to very distant times, when its prototype was worn by nomadic peoples living in Central Asia. Subsequently they also appeared in Egypt and Babylonia as well as Greece (giving rise to chitons) and Rome (as tunics).

For centuries there was no strict division between men’s and women’s shirts – both were T-shaped, made mainly from linen and wool, sometimes from hemp, though women usually wore longer garments.

With time, attention also began to be paid to the color of the thread and the way it was sewn – by this you could recognize a person’s social status.

First the shirt was… underwear

In the Middle Ages the shirt was considered an undergarment, and only later, during the Renaissance, the ornamentation of cuffs and collars (i.e. those elements which were visible) appeared, and later also jabots and creases. Shirts were also made of silk, which only the wealthiest could afford.

Then, in the 19th century, the shirt was completely hidden again, to serve as an intimate undergarment. It was in bad taste and even indecent for any part of the shirt to stick out from under the corseted dress of upper-class women. The situation was completely different for women of the people. These wore work shirts every day, adding all sorts of lace and embroidery.

Coco Chanel and the changes of the 1920s.

Big changes came at the beginning of the 20th century, when experiments and two-piece dresses led to shirt blouses and skirts (and the previously known term underwear shirt was replaced by the word petticoat). The shirt was only used as a nightdress.

Coco Chanel changed this image, with great success, making famous clothes that referred to elements of men’s clothing, of which the shirt was a strong link. The designer decided to give up uncomfortable corsets in favor of shirts and wear them as a separate piece of clothing. Thus, she wanted to show a different image of a woman (propagated by feminists), who is equal to a man, independent and working

There was a revolution not only in women’s rights and their everyday life but also in their clothing. No one was surprised to see women wearing pants and a shirt, which was very comfortable and did not restrict movement like the corset that had been worn for many years. This was also important due to the times of war and women taking up work in factories.

Styling with a shirt in the leading role

Currently women’s shirts come in so many cuts and colors that none of us should have any problem with finding the right model. A well-chosen shirt can optically improve the proportions of a woman’s silhouette – a slim fit or one with a belt emphasize the cut of a woman’s figure, buffets cover drooping shoulders, balloon sleeves slightly widen them, and frills optically enlarge the bust.

A classic in closet is not only a white shirt, but also black or blue. They can be matched with any pants – suit pants, jeans, wide-legged and tube pants, as well as with skirts, both pencil and loose.

For example, a combination of a white shirt and dark pants with halter top and stilettos will look great, but also jeans with distressed edges and moccasins, or a high-waisted skirt. Additionally, you can wear a top and tie the shirt (usually checked) nonchalantly at the waist.

Very popular are also variations on the theme of the shirt – extended in the form of a dress slimmer, denim or oversize, which resembles more a jacket than a shirt. The latter is particularly fashionable right now.

And here’s a pinch of inspiration straight from Pinterest:

Read also: We tell the stories of the red dress and present the most famous models in history

How do you take care of your skin on the slopes? Here are some valuable tips