Fashion of the 90’s. What characterized it and which elements of it do we see in trends today? 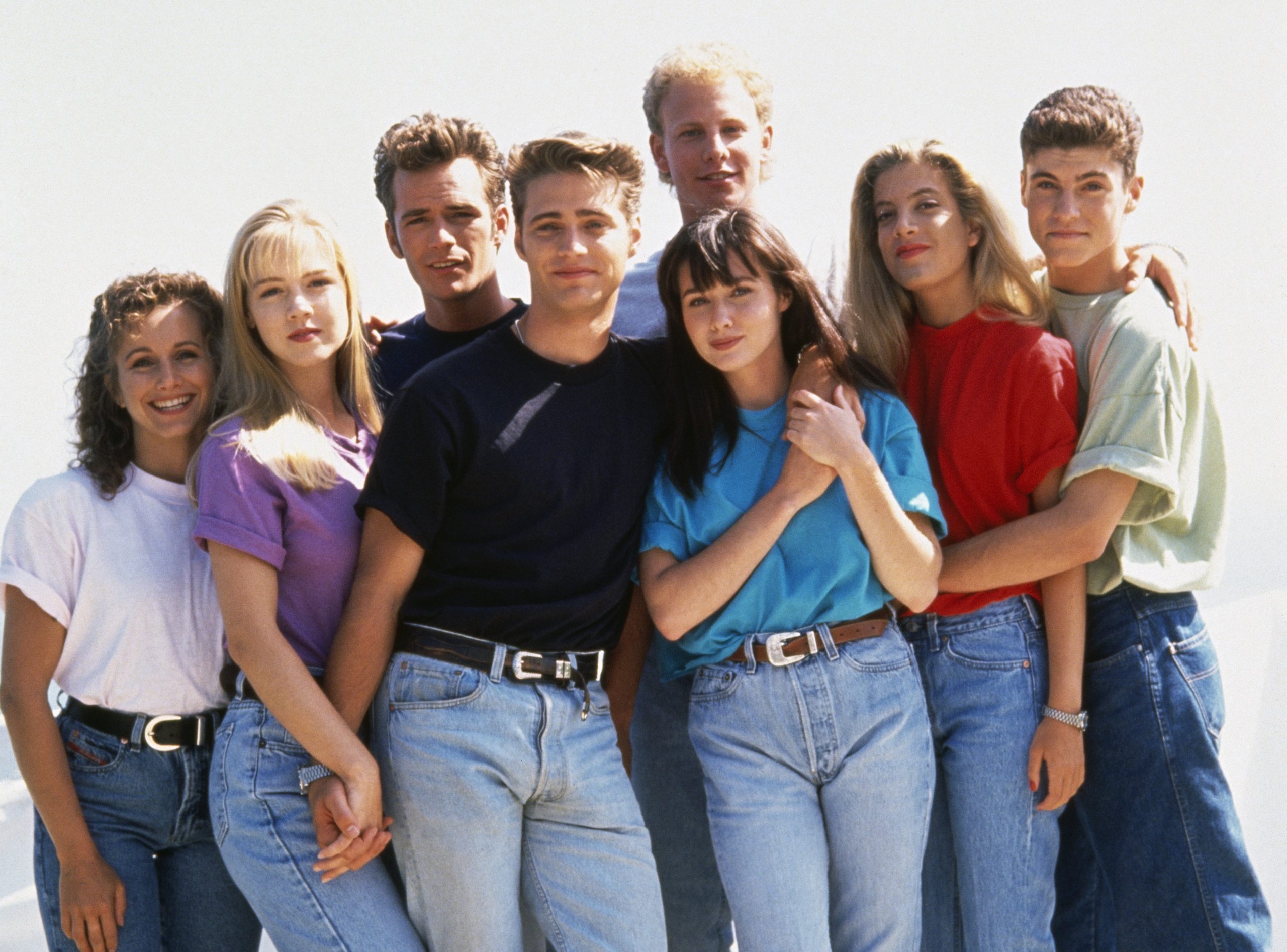 Trends from the crazy 90s are back. In fashion, despite our efforts to come up with something new, what works best is what is familiar. How should we wear items inspired by this style?

The 90s in fashion

The 90s were a time of great experimentation with style. The biggest inspiration came from pop culture and its biggest stars. It was the characters seen in magazines and music videos that teenagers tried to emulate.

For this reason, the past decade cannot be denied diversity. Bold, sexy, but at the same time over-sweetened style, which elements were short, tight blouses, latex or high platform shoes, was promoted for example by Britney Spears and the band Spice Girls.

A completely different direction was taken by the much-loved grunge style. The greatest guru, who was taken as an example in this case, was Kurt Cobain. Grunge was characterized by nonchalance or even carelessness, and its main features were oversized flannel shirts and torn pants.

However, the 90s were not only about shock, rebellion and departure from the norm. Everyday life was dominated by classic white T-shirts, sweatshirts, jeans and sneakers. It was supposed to be simple and comfortable. Styling à la the girl next door was inspired by the cult TV series “Friends”.

An absolute phenomenon of the last decade of the 20th century were jeans. Admittedly, they had several versions at that time, but the most popular model are light-colored pants with high waist and wide legs. Jeans were worn by everyone – American moms, hip-hop music fans and rock rebels.

Today, jeans inspired by the 90s gain new life. The most popular model are loose and very comfortable “mom jeans”. For those who prefer pants with lower waist, but still want to look vintage, boyfriend jeans are a great option.

Denim lovers will not only find pants from the last decade, but also jackets, skirts and dungarees from the 90s.

The 1990s brought a wealth of colors and patterns. Prints appeared on sweatshirts. The hippie-style tie dye became a new fashion trend. This type of clothing is created by dyeing fabric in such a way that irregular shapes appear on it

Sneakers were promoted thanks to the sporty look of the 90s. These shoes have been back on the streets for some time now. You can find sneakers in very colorful as well as classic white versions, necessarily with a thick sole. You can combine them with a sweatshirt and jeans as well as with a floral summer dress.

Another, much heavier type of shoes, this time inspired by the grunge aesthetics, are trappers. The most famous of them are, of course, the iconic martens. They will never stop being fashionable.

To complete the styling, we cannot forget about the right accessories, of course. If we want to go on a sentimental journey to the turn of the 90s and 2000s, it is worth getting a small baguette-shaped bag on a short strap, ideal for carrying under the arm.

Teenagers also bring back another interesting accessory this season, namely the “bucket hat”. It looks like a characteristic “fisherman’s hat”. It will be a great addition to loose, youthful outfits this summer.

See also a pinch of inspiration straight from Pinterest:

Read also 80s fashion: what are its characteristics and which elements of it do we see trending today?

4 makeup products to take on the go