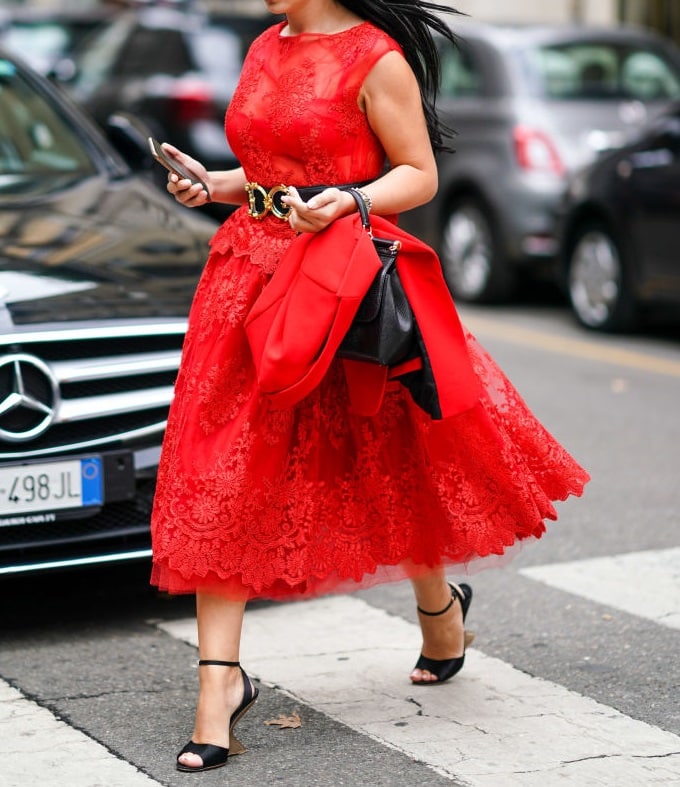 This is probably the most popular outfit worn by world class celebrities. Of course, we are talking about an enduring classic of every exquisite banquet, the red dress. This color has undoubtedly taken over the fashion in recent years. How did it happen?

The history of red from ancient times to the modern Oscars

The history and meaning of the color red varies greatly in many countries. Red is seen as a symbol of love, passion and passion. It is considered a color that brings good luck and protects from bad omens

Red is particularly favored by members of the royal family. Currently, it is most often associated with elegant gowns and the carpet on which celebrities pose during one of the most prestigious awards granted by the Academy of Motion Picture Arts and Sciences, i.e. the Academy Awards. The red carpet was first rolled out in a theater in the first half of the 20th century, and that’s where the whole idea of carpets in this color, on which the biggest celebrities pose, was born.

Why do celebrities love red?

Anyone who follows the media world at least a little knows that the color red always appears at all prestigious events in which celebrities participate. Red has been considered the classic color of evening wear for many years. One of the reasons celebrities love the color is that it captures attention and stimulates the senses

Beautiful red outfits add temperament, energy and self-confidence. In addition, this color goes well with other colors, so it is often the basis for many hairstyles.

The most famous red dresses

The color red has gained great popularity thanks to many iconic outfits worn by the world’s biggest movie stars. It is thanks to them that the production of red dresses increased significantly and the fashion for them is still going strong. Here are 4 of the most famous red dresses that have been in the limelight.

Marilyn Monroe was considered one of the greatest icons of the 1950s and 1960s. The long sequined dress, in which she starred together with Jane Russell in the film “Gentlemen prefer blondes”, became a real hit and aroused great interest among women in the color red.

When on the screens appeared a great production with a young Julia Roberts under the title “Pretty Woman”, in which the main character wore a red dress straight from a fairy tale, then every woman wanted to impersonate the main character and put on this wonderful red creation with open shoulders.

Nowadays, red creations also stir up emotions, such as Beyonce’s long creation, which the star wore to the Emmy Awards. This dress had a very deep neckline and beautifully highlighted the singer’s pregnant belly.

Red is definitely one of the trendiest colors in the entire history of fashion. It is worn both by big stars for lavish parties and by many women in different parts of the world for smaller and larger outings. In Poland red is the most popular color for proms, dates and weddings. No wonder, because it definitely attracts attention and makes the creation look phenomenal, and women feel very sexy in this color

A post shared by Lady Diana, Princess of Wales (@lady.diana._)

Jamsu, the Korean way to matte skin and long-lasting makeup